For Father's Day, you give Dad a tie. It's a venerable tradition passed on from fathers and mothers to sons and daughters, generation after generation. The tie is the iconic gift for Father's Day. But what you might not know is that the tie is a big part of the reason you're celebrating Father's Day in the first place. True story.

I did mention that Father's Day is passed on by mothers. It is and in a big way. How big? Father's Day was invented by a mother, specifically Sonora Dodd of Spokane, Washington back in 1910. If you're wondering why a woman, imagine a man fighting to have a day celebrated as Father's Day back in 1910. If you can't, that's because men just don't do that at that time. It's just too unmanly, or ungentlemanly for that matter. Still is, even.

On with the story. Just a couple of years earlier in 1908, Mother's Day was founded by Anna Jarvis, a tireless champion who obsessively promoted her holiday. So it was called for that Father's Day be founded as well. Expectedly, there were no actions from the fathers or the men. A couple of years later though, the most successful proposal for a Father's Day came from a daughter of a single father who raised six children on his own. Largely from how she felt about her own dad, Sonora Dodd felt that Father's Day deserved a place in the sun too. While there were other Father's Day proposals, Sonora's was the most successful.

She asked her pastor and others to found a Father's Day celebration. In 1910, along with the local YMCA, Sonora petitioned the creation of Father's Day. It was quickly adopted by the churches, so Father's Day began as a religiously influenced celebration meant to honor fathers.

If anything it was a bad turn. At that time, an American father was at best just the critter who paid the bills, and at worst often a distant figure, not necessarily a lovable one. The typical father slept late and drank. People just didn't share Sonora's admiration for her father. It also didn't help that while Mother's Day had a tireless champion, Sonora Dodd had other interests. She was an artist, and not obsessive with her Father's Day celebration which was soon at risk of being forgotten.

Then in 1936, it was suddenly a light-bulb to the New York Associated Menswear Retailers who were suffering from poor sales. They formed a group called Father's Day Council, and later expanded it to become the National Council for the Promotion of Father's Day. They sought the help of dry goods, clothing, and tobacco associations. They promoted civic-minded Father's Day events, like the selection of the Father of the Year. They convinced Macy's to hold the Father's Day Sports Day Parade in 1941. By 1949, Father's Day sales climbed to $106 million. 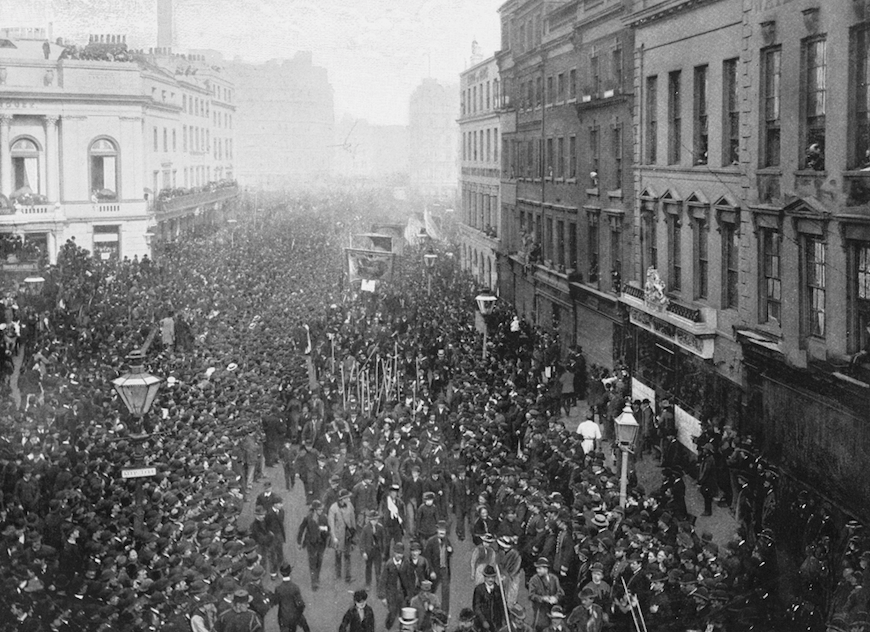 Dodd became more involved in selling the holiday, repeating her story to the press, and to retailers. Sales soared to an estimated $940 million in 1963. Father's Day gained national appreciation. By the time Richard Nixon made it official in 1972, Sonora had spent 62 years lobbying for Father's Day. Pure admiration for her Father made Sonora campaign. Inspiration for Father's Day was civil war veteran William Jackson Smart who reared six children after his wife died with leadership and love.

What saved Father's Day from obscurity? Neckties. That's where the tradition of giving neckties to fathers on Father's Day came from. But where did Father's Day really come from? It came from a real Father's Day story between Civil War veteran William Jackson Smart who reared six children after his wife died, and the love and admiration of his daughter Sonora Louise Smart-Dodd, mother of Father's Day.